Southern France organic wine producers, and the Languedoc in particular, face an uphill battle in the United States trying to convince consumers that organically grown grapes and “organic wine” isn’t a simple discussion about sulfites.

That is the shared opinion from two of the movement’s leaders and founders. The AIVB’s current president goes even further. He suggested in a late afternoon interview in his office in St. Bauzille de la Sylve that some U.S. producers (and perhaps others) suggest no wine with sulfites can be called organic not for the most definitive definition of organic but simply to protect market share.

Thierry Julien, current Association Interprofessional Des Vins Biologigues (organic wine producers), believe some of the constant U.S. debate centered on sulfites is not a true debate but one to surpress the growth of wines produced from organically grown grapes. 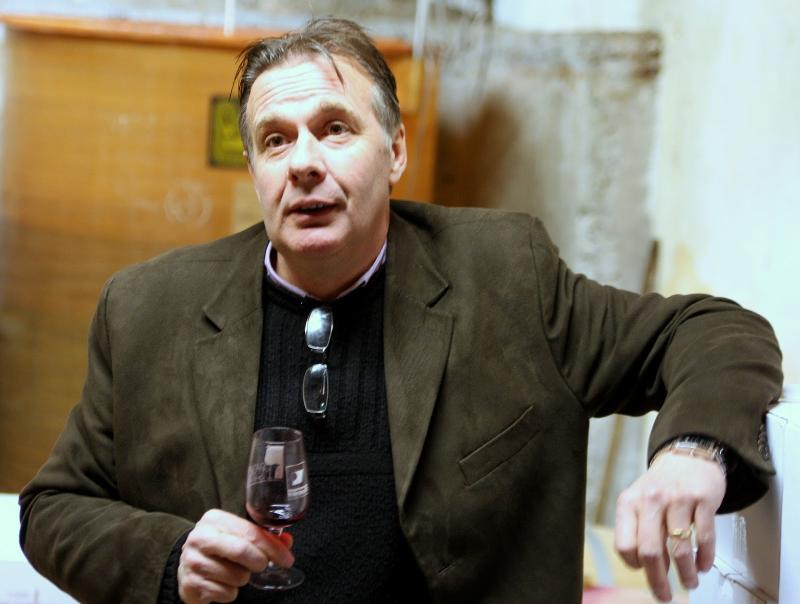 That is a bit of a taste from an interview I did with Julien at his winery and in his office in Southern France. Most of material I gathered today will be used for a Palate Press story about organic wine.

My morning was with Jacques Frelin the first-ever president of the AIVB and General Manager of Terrior Vivants. Jacques is one of France’s leading exporters of organic wine. He works with 35 individual producers a negociant – or wine buyer.

Frelin’s family founded France’s organic movement beginning in the mid 1960s when his father-in-law was getting ill dealing wih chemicals used in the vineyard.
Frelin is an eloquent and passionate spokesperson for organic wine. He speaks about the health of vineyard farmers and doing the right thing for the Earth and the environment.

He escorted me through an informative tour of the lab which scrutinizes his wines and assures all government regulation is met. Jacques makes it clear it’s harder to produce wine made from organic grapes than traditional methods.

His and Thierry’s comments are insightful and even provocative.

This is my last post from Southern France. I’m off early tomorrow morning for a flight back to Indiana. It’s a long series of flights.

I have a world of material to share in coming weeks and months. I add a personal note of thank you to several people. First, thanks to the AIVB for including me on its annual press tour. San Francisco wine importer and distributor Vernonique Rasking and Maine importer Paul Chartrand for making the trip happen. Those two were also responsible for this remarkable day in the Languedoc countryside. And, one more thanks to Sarah Hargreaves, a local wine PR professional, for being my driver and translator today. We had great fun.

P.S. For more information and articles from Howard Hewitt pease go to his ‘Red for Me’ Blog or read his much-a-do-about sulfites articles in The Palate Press.