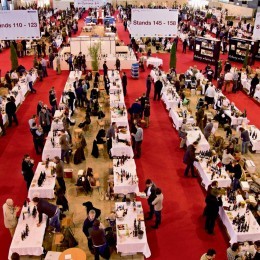 This event started in my garage, now there are more than 700 participants. Millésime Bio 2013 – Organic Wine show’s 20th year anniversary In 2013, Millésime Bio, the organic-wine trade show, will celebrate its 20th anniversary. From the 28th to 30th of January, the trade show will take place at the Exhibition Centre in Montpellier, Languedoc-Roussillon (southern France), France’s leading region for organic wine-growing. Organized by Sudvinbio, The show will have 700 exhibitors from all wine-producing countries and regions and is expected to attract 3,500 visitors, highlighting the growing enthusiasm surrounding organic wines. Originally founded by a handful of Languedoc-Roussillon … END_OF_DOCUMENT_TOKEN_TO_BE_REPLACED