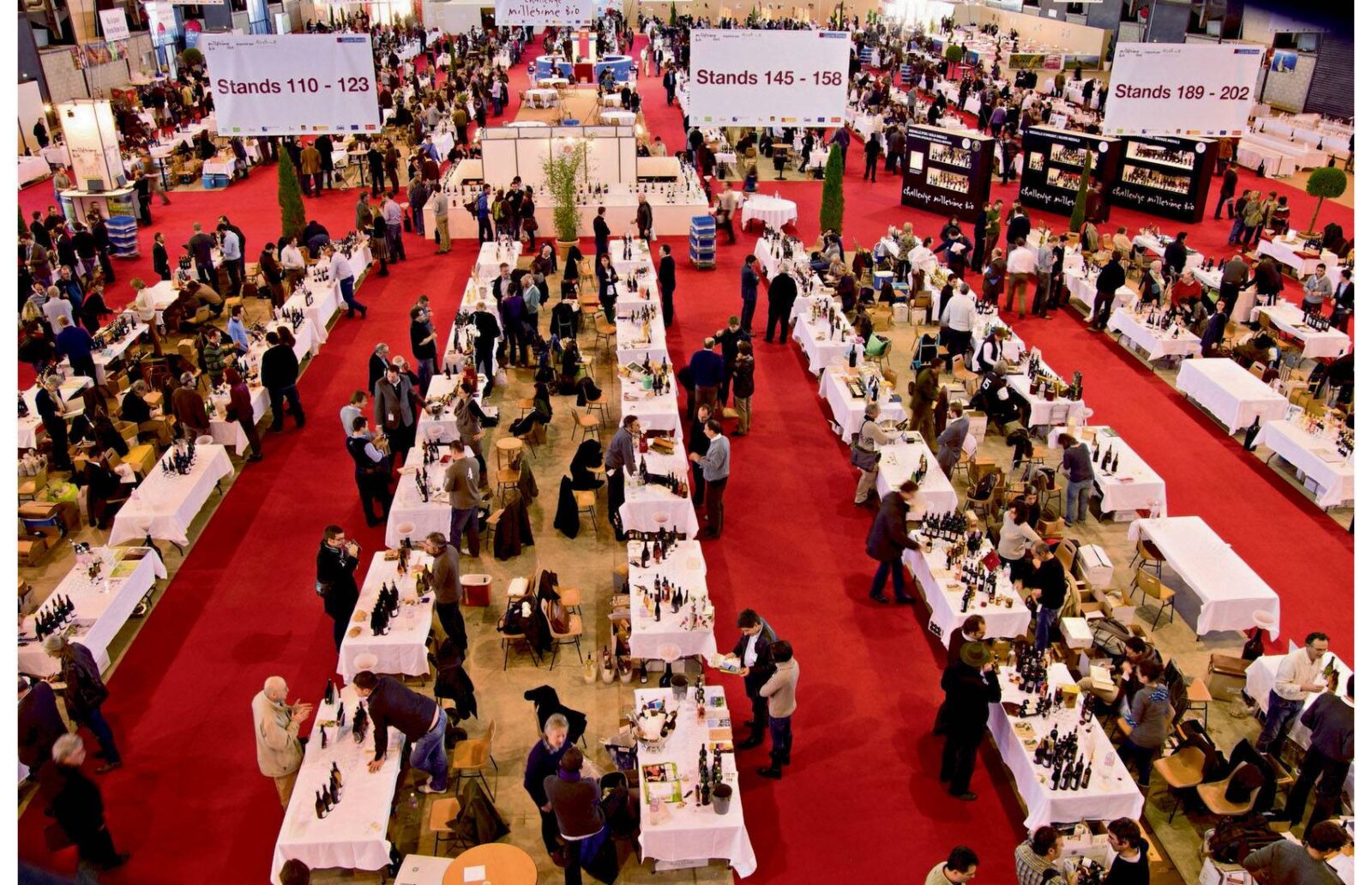 This event started in my garage, now there are more than 700 participants.

Millésime Bio 2013 – Organic Wine show’s 20th year anniversary
In 2013, Millésime Bio, the organic-wine trade show, will celebrate its 20th anniversary. From the 28th to 30th of January, the trade show will take place at the Exhibition Centre in Montpellier, Languedoc-Roussillon (southern France), France’s leading region for organic wine-growing. Organized by Sudvinbio, The show will have 700 exhibitors from all wine-producing countries and regions and is expected to attract 3,500 visitors, highlighting the growing enthusiasm surrounding organic wines.

I am very proud to say that this gathering was seeded by my family on my ancestor’s land – at the kitchen table of my house to be more precise – 20 years ago.
My brother, Dr. Michel Ginoulhac, was tending our family’s property at the time and came up with the idea of bringing together his buddies in the neighborhood who, like him, had converted their family properties to organic practices. There were about half a dozen of them and they started “hanging together.” L. Bourguet (Cartagene), Delmas (Blanquette de Limoux), Jacques Frelin (Château Peyronin & Ventoux), Pons (Domaine des Cèdres) and Olivier Azan (Picpoul de Pinet) were all participants in that first gathering.
Around that table, they shared and tasted each others’ productions while they complained, laughed, cried and exclaimed. They then decided to meet & exhibit their wines to the public  in some venue – someone’s garage I think – the following year, but nobody came. However, year after year they hung in there, and 20 years later, 700 of them will gather in Montpellier.

The 20th anniversary of this major international event will bring together participants from across the sector, including certified organic-wine producers from 11 countries in Europe, Africa, as well as North and South America.

With approximately 900 samples from numerous wine-producing regions from across the globe, the Challenge Millésime Bio 2013 continues to assert its standing as a major international wine competition. This year, the tastings by a jury of wine professionals will take place on 27 November 2012.

There will be a host of significant events happening during the trade show that will foster dialogue in relation to key issues affecting the sector. These events include a round table organised by Agence Bio, France’s Agency for Organic Agriculture, on the subject of European winemaking and new European regulations. There will also be the International Business Convention organised by the Wine Department of Sud de France Export, the regional development agency for the region of Languedoc-Roussillon.

I have my grandfather and brother to thank for participating in the seeding and development of this movement from the ground up, and I am very proud and very grateful to them today. I’m sure that had they not been there, innovating, someone else likely would have done what they did for the Languedoc and for our earth.  But the fact remains that they are the ones who launched this, who birthed this concept and so they deserve to be saluted and applauded and thanked.