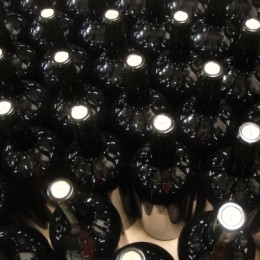 – By Rebecca Gibb. New research finds that those who suffer from headaches would pay for less sulfites in their wine. Sulfur dioxide use in winemaking has been coming under the spotlight as a minimal-intervention movement agitates for less reliance on the compound. Sulfur has taken flak for causing health problems, although the scientific community is divided on the issue. That prompted a Colorado State University study of consumer perceptions of sulfites and whether drinkers would pay more for a bottle labeled “low in sulfur.” The findings, published by the American Association of Wine Economists, are that consumers would be willing to … END_OF_DOCUMENT_TOKEN_TO_BE_REPLACED

Satisfaction Guaranteed Money Back Guarantee We're so confident in the quality of our wines that we guarantee every bottle. If you don't like a wine, for any reason, you'll be refunded in full. It's simple.

FedEx Delivery
Free shipping when you buy 3 or more bottles